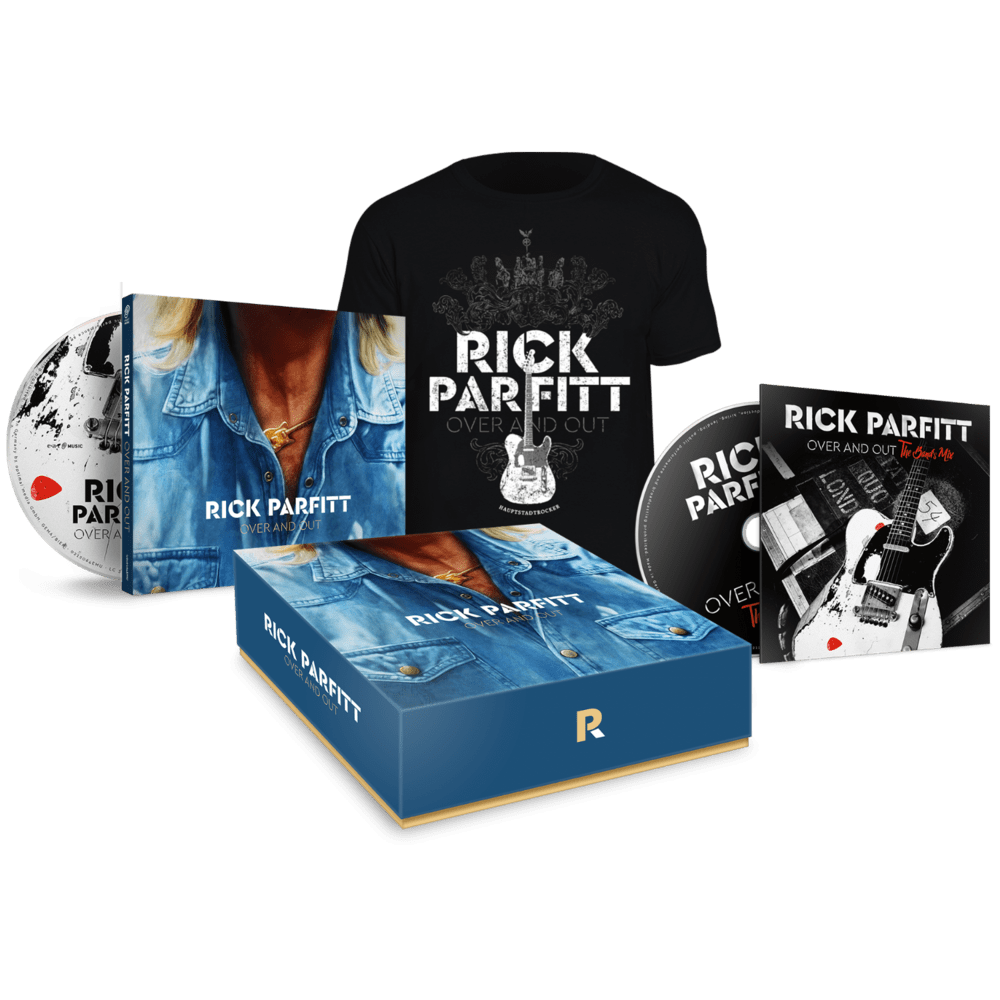 Despite the fact Rick Parfitt had finished recording his guitar and vocal parts, a recording session was planned to happen in February 2017. Certain tracks were not totally finished when Rick died. The call to help ensure that his work could be completed, so that the world could hear it was answered by musicians of the calibre of Queen’s Brian May and Muse’s Chris Wolstenholme, both of whom were close to Rick. Rick’s son, Rick Parfitt Jnr, was also involved in the creative process, as were John “Rhino” Edwards and Alan Lancaster, amongst many others. All of those involved in completing the songs that Rick had written for ‘Over And Out’ have done him proud in bringing his vision to fruition.